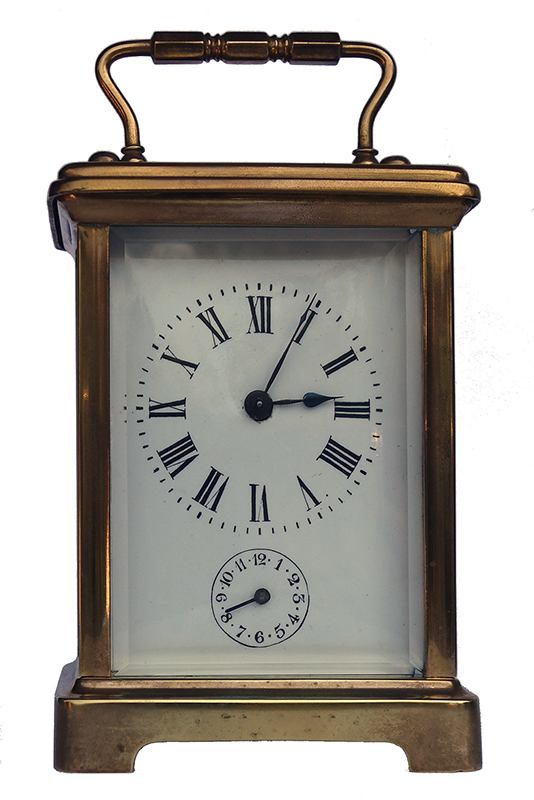 There are four models of MicroSet and a variety of optional features and accessories. How do you decide what to order? The following guidelines may help you.

Any modern MicroSet can be upgraded to any better model of MicroSet. The original version of MicroSet, sold before January of 2000, has different circuitry inside and cannot be upgraded to the current features.

Each MicroSet comes with both an acoustic pickup (to hear the tick sound) and an optical detector (to measure rate from the pendulum). The optical sensor eliminates false readings from noise and is a major feature. MicroSet has a resolution of one microsecond and shows rates as Seconds Per Beat (to six decimal places) or as Beats Per Hour (to two decimal places). The timebase in MicroSet is trimmed to +/- one part per million.
MicroSet has a wide variety of optional features and accessories to extend the usefulness of the tool far beyond that of a simple clock timer.

Both timers have the following standard operating modes. Click on one to get more detail.

In addition, there are several technical modes for the serious experimenter that are not commonly used in the repair trade but that provide useful functions. These include:

MicroSet 3
MicroSet 3 adds several features. The first two are of value to people who work with both clocks and watches. The others are only used with watches:

A Flow Chart
For simple measurements, the common operations come first and require only a couple of key presses. If you only wish to measure a clock rate and not get into fancy features, it’s easy to do that. You turn on the timer, press MODE once and press BEGIN to start timing the clock. But as you become familiar with MicroSet, you may find it interesting to explore the extended features as well. After you’ve performed the simple tasks, MicroSet makes it possible to understand the world inside your clocks and watches in new ways. A flow chart of MicroSet functions shows the number of commands that are built into each mdoel. To see the flow chart, CLICK HERE.

So how do I choose?
For basic timing of clocks, MicroSet 2 is fine, but there are three features in MicroSet 3 that are worth considering. These are the ability to display the rate as an error in seconds per day, the Running Average mode, and the Pendulum Adjustment mode.

There are a variety of accessories and sensors for specific situations. CLICK HERE to see them.